Knowledge Base
Sorry, we couldn't find any results. Please adjust your search.
Learn The Structure of DNA
PrevNext
URL is copied to your clipboard.
Share 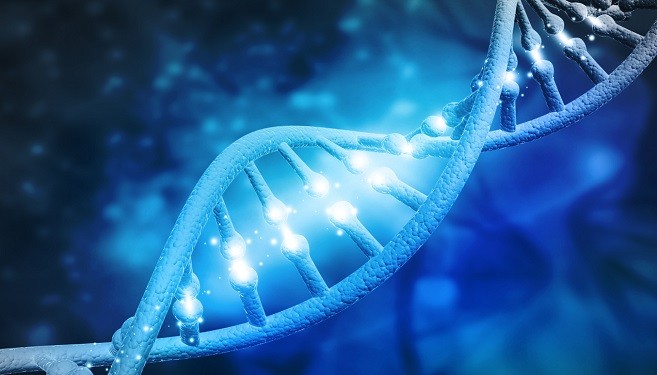 Half of each person’s DNA comes from their mother and half from their father. Let’s take a closer look at how this looks under a microscope.

Breaking down DNA: From double helix to nucleotides

Our bodies are made up of more than 30 trillion cells. The headquarters of the cell is the nucleus. Not every single cell actually has a nucleus — red blood cells don’t, for example. But almost all of our cells do have a nucleus, and that’s where DNA is stored.

DNA takes the shape of a double helix — think of two long, untied shoelaces pressed together along their entire length, and then wrapped around your finger. Each of the two shoelaces is made up of a series of little blocks called nucleotides. There are four nucleotide types, abbreviated as A, T, G, and C. The same four nucleotides appear over and over again in different orders to make up the entirety of your individual DNA sequence.

In our analogy of the “instruction manual for you,” think of DNA as the text written in the manual that the body reads in order to make you, you. Nucleotides are the letters of the alphabet used to write that text. Every set of three consecutive letters is called a codon — those are like the words. Groups of codons make sentences and all together, the entire text — all of your DNA together — makes up the full set of instructions. About 99.9% of this very long sequence is identical in every person on earth. The 0.1% that varies from person to person carries the part of the instruction manual that makes us each unique — from the different colors of our skin to our height and beyond.

Organizing DNA: From histones to chromosomes

The human genome contains approximately 3 billion pairs of nucleotides. That’s two very long shoelaces! Because this is the instruction manual to you, it is extremely important that they are well-organized and don’t get tangled up. There are a number of levels of organization involved, but here we’ll get to know just a few.

Because the strands of DNA are very long, segments are wrapped around proteins called histones, similar to the way thread is wrapped around a spool. These spools are then packaged into chromosomes. Think of it as an instruction manual whose text is so long that it is published in many volumes. Each volume is a chromosome.

Passing on DNA, one chromosome at a time

Humans have 23 pairs of chromosomes. Or, continuing our instruction manual analogy, we have two editions of the 23-volume instruction manual. For each volume in the series, or each chromosome, we get one of our mother’s two editions and one of our father’s two editions, which they in turn got from their parents. DNA tests like MyHeritage DNA can help you figure out which editions you got from your parents.
By the way, this is also why your Ethnicity Estimate may be different from your siblings’! For example, if your mother is 50% Japanese and 50% Irish, and your father is 50% Italian and 50% Scandinavian, you might end up mostly Japanese-Italian while your sister might be more Irish-Scandinavian. Of course, in reality, the differences are not usually that dramatic. But it is possible, even likely, that siblings will inherit at least slightly different percentages of different ethnicities in their DNA. It works this way with most inheritable traits, not just ethnicity. If one parent is very tall and the other is very short, you and your siblings probably inherited different combinations of your parents’ heights, which is why you will all be different heights from one another, even though your height genes all came from the same original pool. You simply got different combinations from the available genetic options.