Knowledge Base
Sorry, we couldn't find any results. Please adjust your search.
Learn Getting the Most Out of a Census Record
PrevNext
URL is copied to your clipboard.
Share Census records are one of the most important types of genealogical records, containing a wealth of information you may not find in vital records and allowing you to track your ancestors’ progress over time. While most genealogists focus on the major content in a census record (birthplace, age, relationships), a more thorough process can help you extract much more and expand your genealogy research.

Why Census Records Are Important in Genealogical Research

For many genealogists searching for their U.S. ancestors, a census record is typically the first type of record to appear in a basic search on MyHeritage. Depending upon the type of census record and the census date, you can locate information that places an ancestor in a specific location on a specific date as well as others in that ancestor’s household.

Not all censuses are the same, especially United States censuses. Each decennial census had its own sets of questions, enumerator instructions, and even method of carrying out the enumeration process.

Don’t assume that, for example, the 1950 U.S. Census is the same as the 1940 U.S. Census. Here are some resources to understand each census:

Consider creating a “census research toolbox” as a place to save links to specific resources. A great format is a Census Research folder in your internet browser Favorites or Bookmarks.

While census records are often the first type of record located when doing a general search on a genealogy platform like MyHeritage, you may need to be flexible with your search methodologies if you just can’t find that record.

When you locate a census record that you want to use in your research, the following steps should be taken:

A good example would be creating 3 copies of the file and storing them in 3 different locations; then making sure at least two of the copies are on different storage media such as one on a USB flash drive and the other on a portable solid state drive; and finally upload one copy to a site like Dropbox or Google Drive.

These steps are a good strategy for any genealogy record you locate online. And execute these steps right away! Don’t tell yourself, “Oh, I’ll do the source citation later” or “I will rename that file later.” Do it now and you’ll easily locate what you need related to that record in the future.

When working with a census record, your goal should be to extract as much information as possible. One method is to use a tracking system such as the Genealogy Research Log; or you could create a “census abstract” which uses a fillable blank population schedule for a specific decennial census.

Many genealogists prefer the abstract method since it is easy to isolate the information for a specific person or family. FamilySearch has a series of fillable forms (requires the free version of Adobe Acrobat) which you can find here.

Look for the “Not So Obvious”

Another reason why I use a To-Do List and a genealogy research log is to track every bit of information found on a census record and to formulate theories about new information and where those clues might lead to new records.

This article was originally written as a handout summary of a Facebook Live session with Thomas MacEntee, which you can view in its entirety here. It is also available as a downloadable resource here.

For more information on Thomas and his FREE genealogy resources, visit https://genealogybargains.com/thomas-macentee/

For more resources on researching the U.S. census on MyHeritage, see: 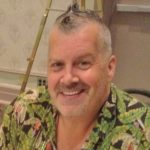 Professional Genealogist
What happens when a “tech guy” with a love of history gets laid off during The Great Recession of 2008? You get Thomas MacEntee, who runs the popular Genealogy Bargains and DNA Bargains websites, and shares many of his articles and videos for free at Abundant Genealogy.